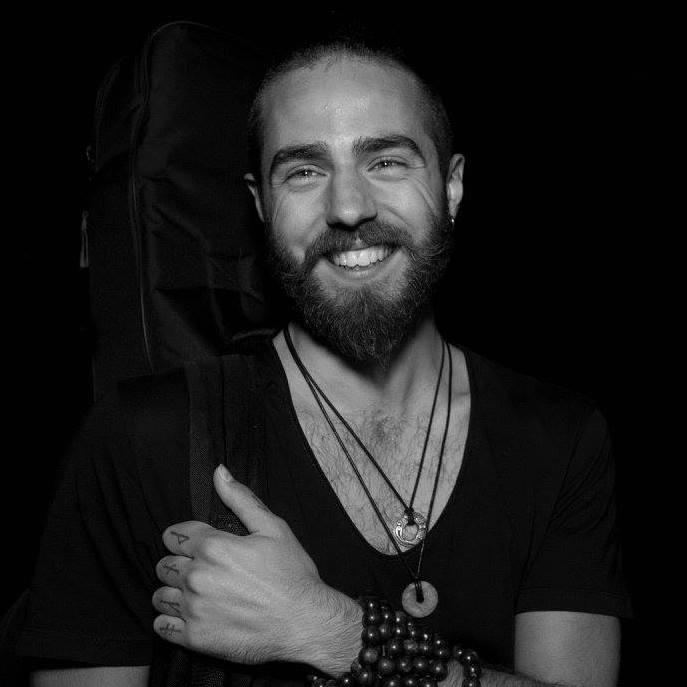 He started playing guitar at 15 and developped his sound through composing with Huxley Met Soda, a music collective that brought him his trip-hop, post-rock and ambiant influences as well as his “self-taught mindset”. During his 20's, curiosity pushed him to experiment with a jazz/rock band (L.E.D) and with a punk/rock band (Tarah Who?). Years later, he discovered the artist Ben Howard and started learning fingerstyle guitar, switching to alternate tunings for good and changing his whole playstyle. Today, he affirms his duality by mixing the electric (progressive metal, post-rock) and the acoustic (fingerstyle, folk). 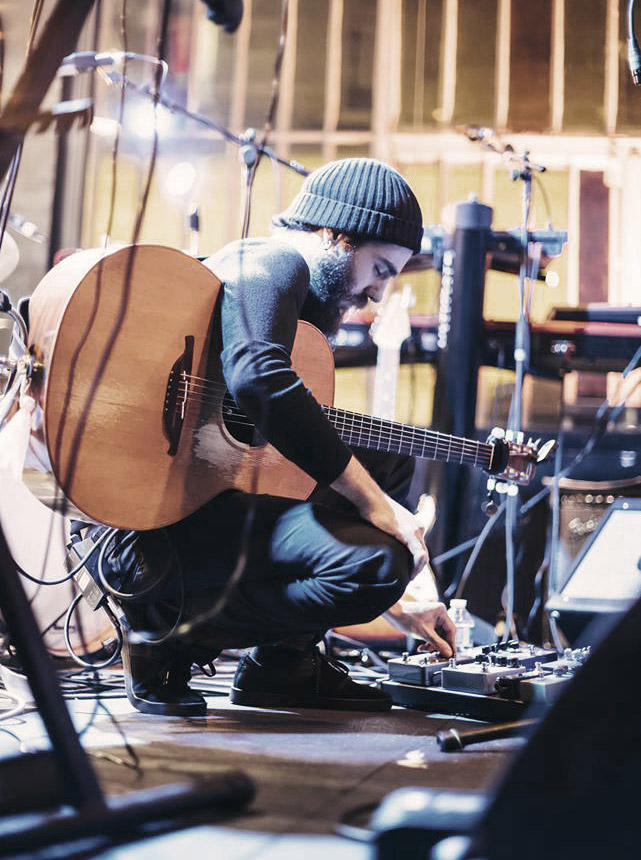 His singer background is not as easy. Ash joined a school choir and started an exciting experience as a soloist soprano (rehearsals, gigs, tours) until his voice break making him switch into baryton. He hated this new voice and he built a complex that got him “silent” for 10 years.
His (re)birth happened thanks to the support of his close friend and artist Tarah G. Carpenter (Tarah Who?) who pushed him towards singing and creating his own band; Jane Gray Black Orphan was born. At that time, he started working hard, composing for the band and practicing songs in different Parisian openmics to handle that voice he was so anxious about.
Liberation finally happened when he composed his first solo album: a soulful mess coming out as a reflection on what he wanted to say and share as a singer, and a human being. 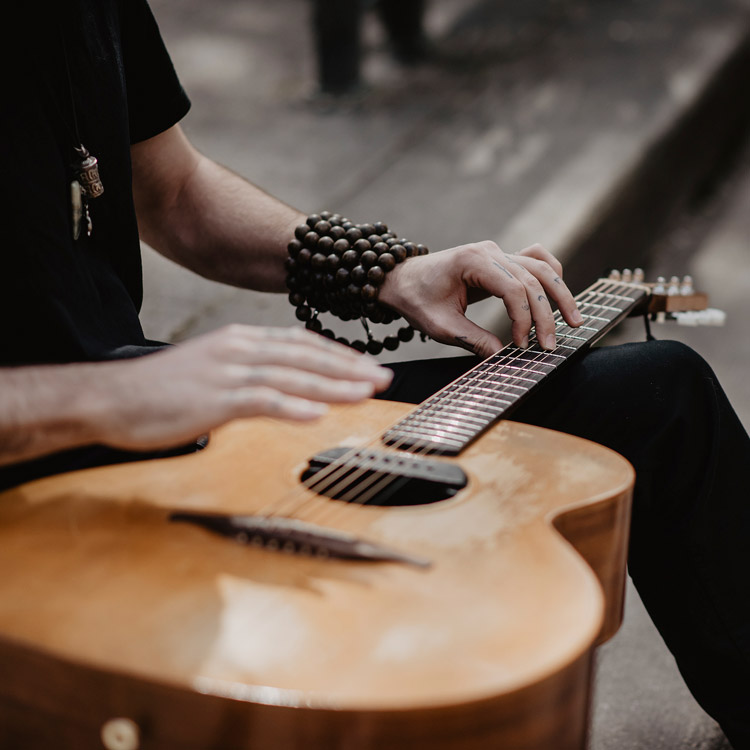 Music wise, he was the co-funder and co-composer, guitar and bass player for Huxley Met Soda. The collective was officially born with its first EP: Urbaani Erämaa (2009) and they started playing gigs, festivals, participating in some short films and releasing 2 other Eps: Deepwater Horizon (2010) and Ahead (2012) initiating the release of the first album (autoproduction, crowdfunded): Light And Free You Let Go (2012). The collective released some remixes in 2013 and worked on 4 live-shot videos called: Hôkai.
He has been the bass player in Tarah Who?. The band toured in the US and in Europe and Ash participated to the recording of the EP: Federal Circle of Shame (2016).
Finally, he's the co-founder and composer of Jane Gray Black Orphan, being the singer and guitar player. The band released a live version, recorded and filmed, of an EP: (A) L I V E (2015).

Today, Ash steps out as a singer-songwriter, sharing his worlds and his stories through his voice and a melodic percussive guitar playing. Between tribal rythms and progressive folk, it invites us to travel throughout the world and our inner self.
He plays regularly in bars, restaurants, venues, houses, outside and underground too (subway accredited artist) in Paris and elsewhere (Switzerland, London, Los Angeles, south of France, etc...). He started a collaboration with the talented cello player Marion Elan Trigo and they shared the stage together from time to time.

“The Man who fell from the Moon” is his debut album (release October 5th 2018). He tells the story of a man falling from the moon, representation of his own musical and emotional journey as a musician and especially a singer. An invitation to travel, to discover and reach awareness and self-consciousness.
Mixed in Paris (by Henry Blanc-Francard), mastered in Seattle (at Resonant Mastering), crowdfunded by people all over the world, this album is a picture of Ash's musical past, allowing him to tame and accept himself. It opens a door to a new world, and a brand new beginning.